Mortgage lending strong late in 2021, but 2022 could be different

The Reserve Bank NZ released November's mortgage lending stats two days before Christmas, and just so they don't sneak under everybody's radar, we've taken a look at the data.

On the whole, banks were still very busy towards the tail end of 2021, with mortgage lending flows high. However, we're now seeing tentative signs of an easing for low-deposit lending to owner-occupiers, and this will be a key trend to watch in the coming months as the banks adjust to the new speed limit. In addition, an important factor this year will also be the impact of higher mortgage rates on the many borrowers who have fixed loans due to refinance.

There are probably three key points to note from November's data.

First, the overall lending figure was still strong, at $9.1bn – a little lower than the same month in 2020 ($9.3bn), but still the fourth highest monthly total on record. 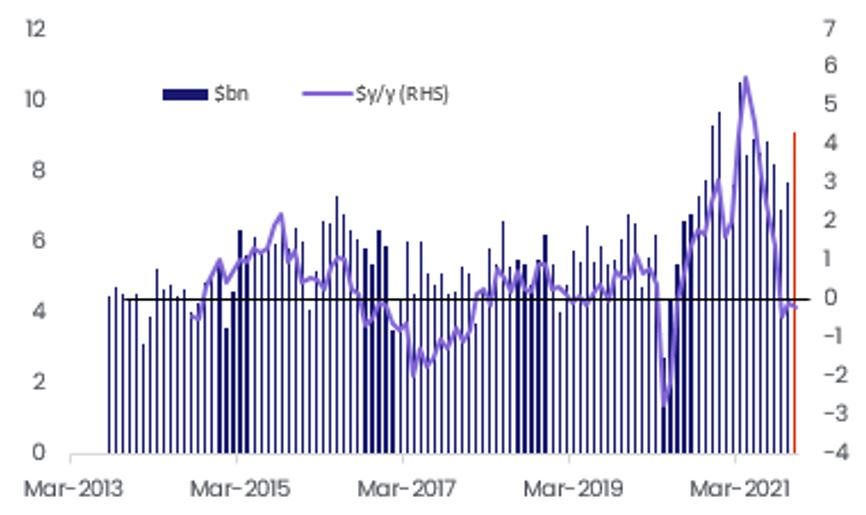 Unsurprisingly, the strength of the overall lending figure was driven by owner-occupiers (both first home buyers and ‘other'), with investors now on a steady downwards trend – indeed, their activity in November ($3.1bn) was down by about $1bn from a year earlier. Clearly, that will be reflecting the 40% deposit requirement, tougher tax rules, and probably also the changed economics, with property yields now quite low and costs rising (especially mortgage rates).

Second, and of more interest, was the breakdown of the lending figures by loan to value ratio (LVR). As the second chart shows, it's still practically impossible for an investor to get a low deposit loan (unless buying a new-build of course). 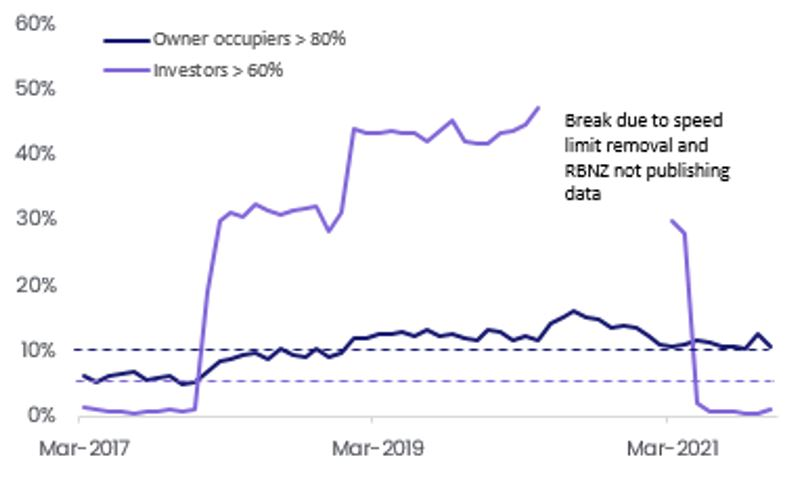 And after a (surprise) increase in October, the share of owner-occupier lending at a high LVR also dropped back in November, from 12.5% to 10.5% – still above the speed limit, even though it kicked in at the new 10% level from 1 November, 2021. This is possible because the banks have a grace period to adjust to the new rules to allow for things like pre-approvals to work their way through the system.

There are signs first home buyers lay behind the overall easing in owner-occupier high LVR lending in November. As the third chart shows, high LVR lending as a share of the FHB total in November dropped fairly sharply, from 42.5% in October to 36.8% – the lowest figure since April. 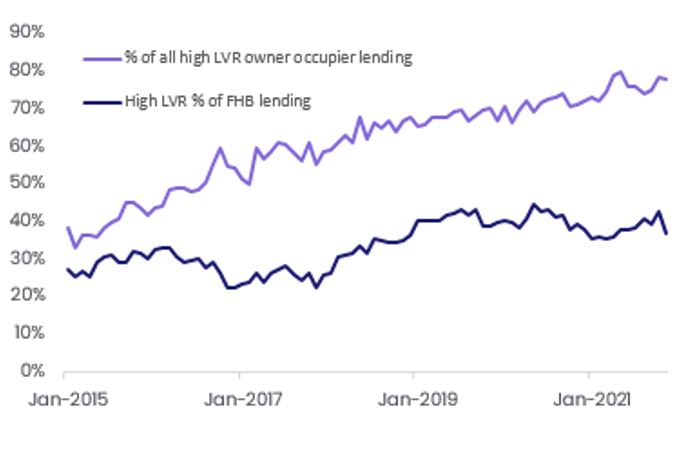 Finally, the latest lending figures confirmed the continued shift in the structure of NZ's mortgage debt – away from fixed loans with up to 12 months left to run and more towards both the 1-2 year durations and more than two years (especially the 2-3 year bracket). As the fourth chart also shows, floating debt continues to drop as a share of the total. 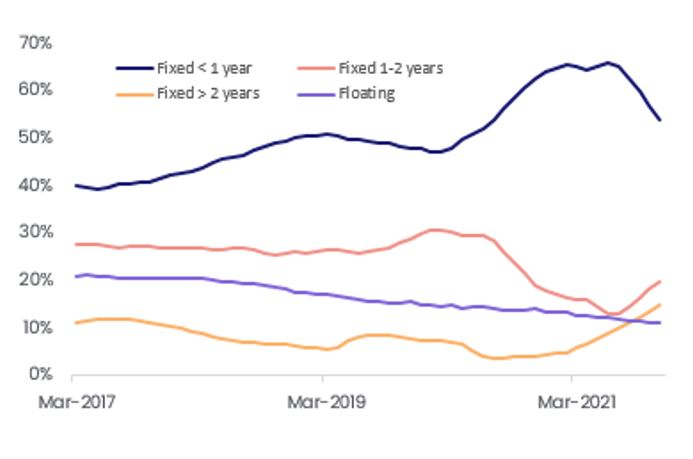 So what are the key things to watch over the next few months?

First, although the share of loans on shorter term fixed rates is dropping, it's still fairly high, with 54% due to be refinanced within the next 12 months. And when you add in 11% floating debt, you've still got about two-thirds of loans in NZ that will be exposed to higher mortgage rates fairly shortly. That will be a headwind for the housing market itself, as well as the wider economy as households are forced to divert their spending towards mortgage debt repayments.

We'll also be keeping a close eye on the lending data by LVR – especially how tough the banks prove to be on the share of owner-occupier lending done at a low deposit. In 2017, when the speed limit was last set at 10%, in practice the banks operated much more cautiously at only 5% of lending at a low deposit/high LVR. If history repeats this time around, there is still plenty of tightening yet to come for low deposit lending, which is likely to hamper FHBs the most – just at a time when they're reportedly also being hit very hard by the CCCFA requirements around more stringent income and expense testing.

Overall, the latest mortgage lending figures were tracking as expected, but a slowdown in lending flows remains firmly on the cards in 2022. 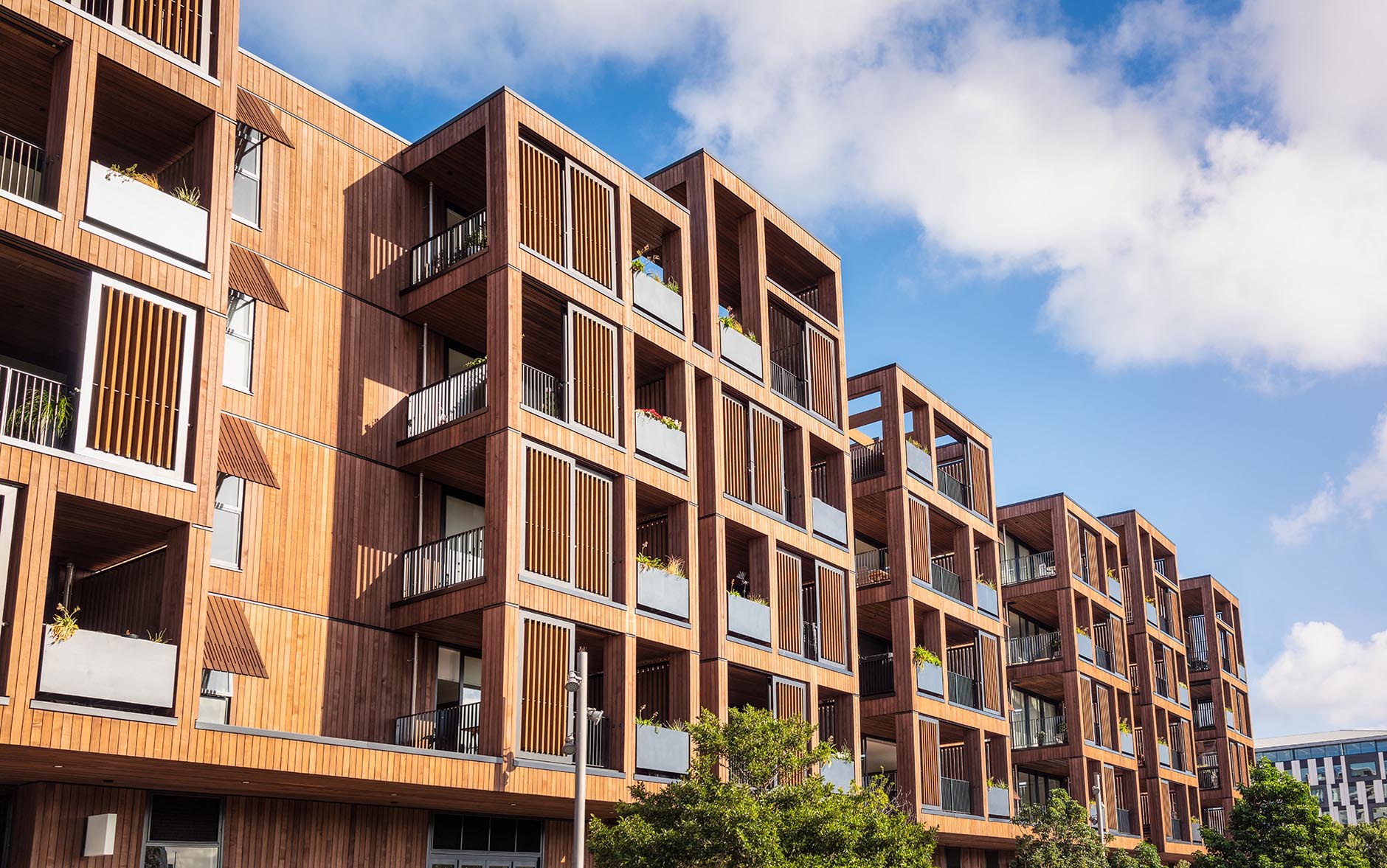 Higher OCR will keep the pressure on the housing market

After the knife-edge decision in April about whether to raise the official cash rate (OCR) by 0.25% or 0.5%, today’

The Property Report is designed to provide a comprehensive view of an individual residence within New Zealand.